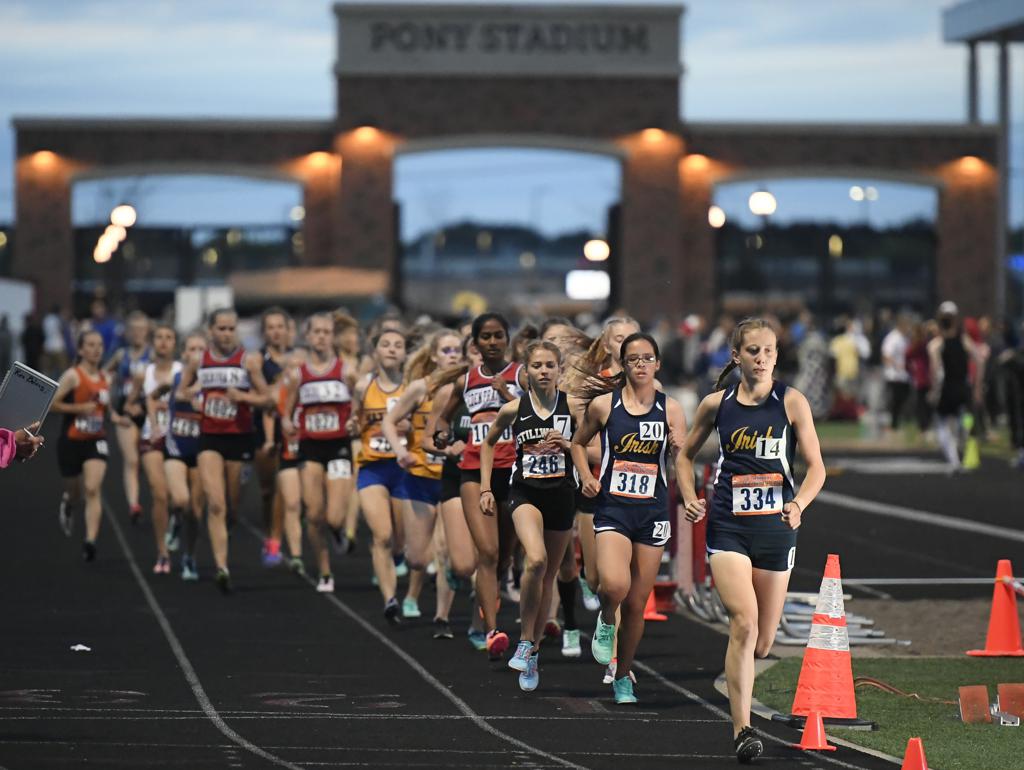 “Everyone on this team worked for this and everyone wanted this,” said Fahnbulleh, whose meet included a victory in the 100 meters, a runner-up finish in the triple jump and a 13th-place in the high jump.

Known primarily as a sprinter, Fahnbulleh said he was willing to do any event he was asked to do. Triple jump? No problem. High jump? Why not?

“We all do this for each other,” he said. “The coach said ‘Hey, you’re competing in the high jump and the triple jump.’ I said ‘Yes sir.’ I’ll do anything to help this team win.”

A foursome of Rosemount girls' track athletes stood in a circle before the final event in the Class 3A girls’ s True Team state meet.

They were bouncing and smiling nervously and it wasn’t because the temperatures at Stillwater High School were steadily dropping. The Irish were on the brink of a state championship, holding a 22-point lead as the 4x400 relay started. Their excitement was palpable.

“This is so big for the team, especially for us seniors,” Kaylee Walter said.

Rosemount had suffered significant losses to graduation. At the start of the season, the Irish didn’t know how good they were. “We never thought this would be possible, not at the start,” Walter said.

“I would say this is the biggest meet of the year for us, so to pull out a team championship is pretty cool,” she said. “It’s special.”