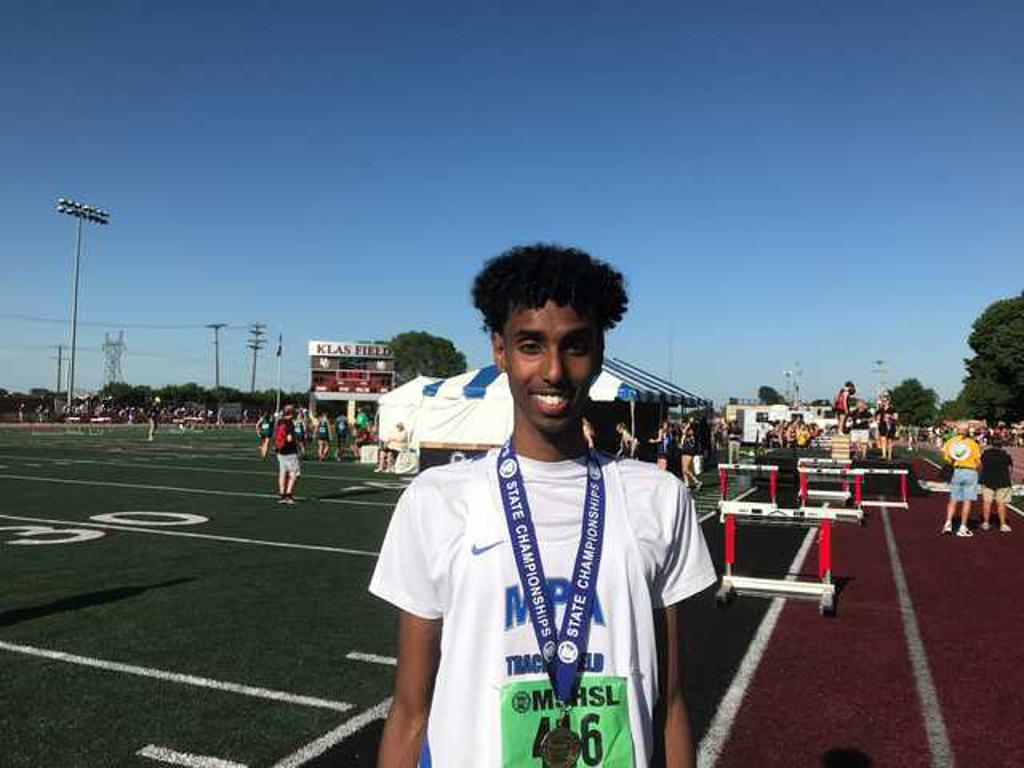 The 6-5 senior converted the record-tying jump on his second attempt at that height in the state track and field meet at Hamline University. He then missed on a 6-11 jump.

Madar, who also plays basketball, began competing in track and field as a sophomore and made state that year with a 6-2 jump. He took fourth in state last year with a 6-5 jump and said he came into this season with the mentality that he could win the meet.

Madar cleared 6-9 on his third and final attempt to set a personal record. He said his coach, Nate Bander, pulled him aside before that final 6-9 attempt and told him, “This is what you’re made for.”

Madar, who was dealing with a sore ankle, said he wanted to be done after that but called clearing 6-10 amazing.

Blake won the girls’ team championship. The Bears had 57 points; Cotter was second with 44. Freshman Anisa Thompson of Blake won the 200 and teammate Robbie Grace, a senior, the 400. 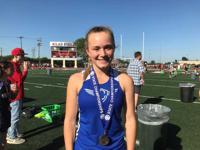 But Grace, the defending 1,600 champion, passed Lauren just before the third of four laps and held on for the win in 4:59.07.

“My plan was to just kind of stick with her and let her pull me along as much as I could,” Grace said.

Members of the GMOLKS girls’ 4x200 relay said they kept their expectations modest heading into the state meet, after winning the event last year.

The relay, representing a co-op of Grand Meadow, LeRoy-Ostrander, Southland and Kingsland high schools in southeastern Minnesota, exceeded those expectations with a winning time of 1:44.47.

Senior Lauren Buchholtz grabbed the lead in the third leg of the race, and junior Riley Queensland held on for the victory. It came after early legs by eighth-grader Anika Reiland and sophomore Hailey Hindt.

“I feel like it’s more exciting [than last year], because we can say we defended our title,” Reiland said.

Buchholtz, Queensland and Reiland were part of the winning relay last year.

“I was just really excited, because I know how well we can do,” Hindt said. “We came out here and executed, and it was really fun.”