His Rochester Lourdes teams appeared in 15 state tournament and won eight of them. 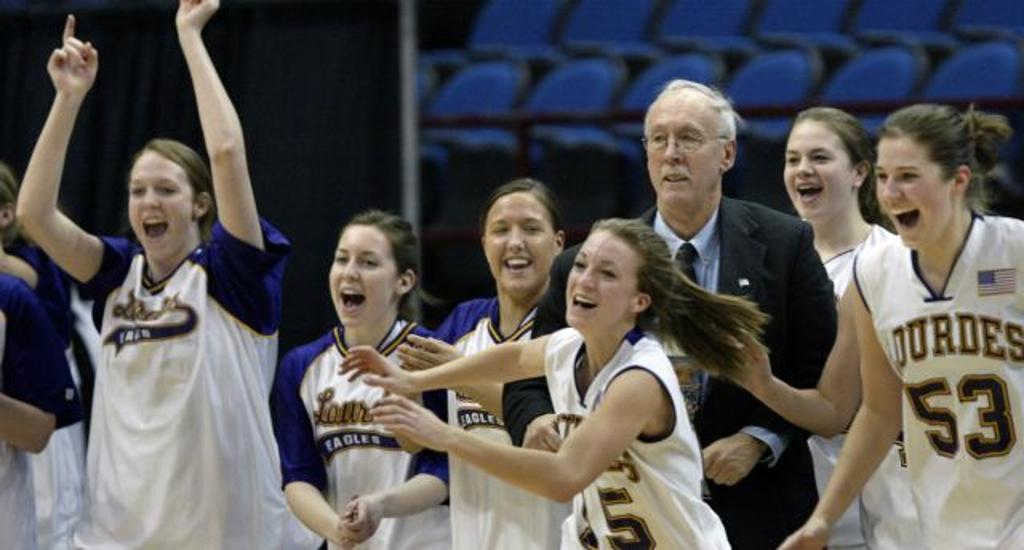 Rochester Lourdes' head coach Myron Glass is surrounded by members of the team as they rush the court after their 50-33 victory over Pequot Lakes in the Class 2A championship game in 2010.

Rochester Lourdes girls’ basketball coach Myron Glass, who has won a record eight state championships with the Eagles, will retire next year after 30 seasons at the school, according to Marv Peters, the school’s activities director.

Glass has taken his teams to 15 state tournaments and won eight of them, both state records. He has 705 career wins in girls’ basketball, second only to New London-Spicer coach Mike Dreier (792).

“He’s just been a wonderful coach for us. He’s been great with all the different sports that he’s coached,” Lourdes athletic director Marv Peters said. “He was one of the real pushers for girls’ sports back in the ‘70s. He helped lift our track program off the ground for ladies, he was instrumental in getting some of the early games for our girls’ basketball team. So he’s been a real innovator for the girls.”