The Hopkins 4x100-meter relay team of Ty Bennett, Jaylen Champion, George Jackson and Joe Fahnbulleh on Friday lived up to the elite standard at Hamline. 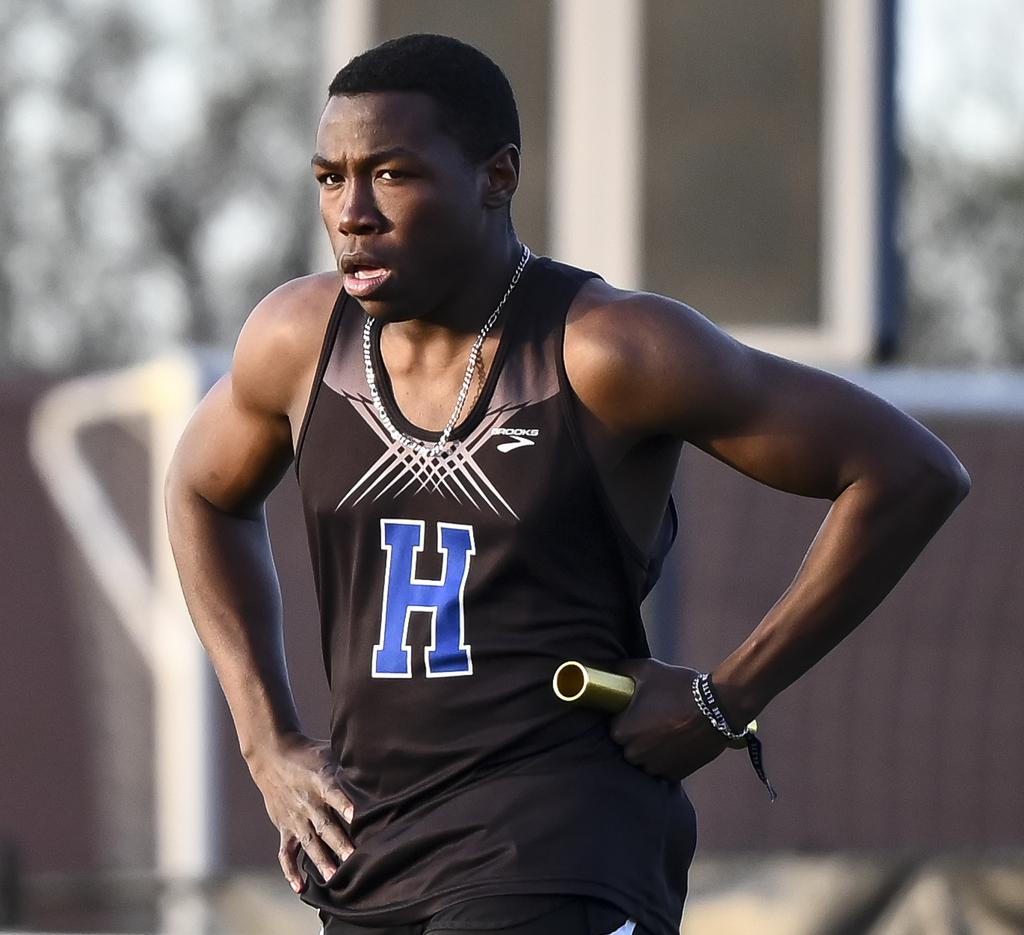 The top track and field athletes in the state competed Friday in the Hamline Elite Meet, a preview of sorts of the state meet.

The Hopkins 4x100-meter relay team of Ty Bennett, Jaylen Champion, George Jackson and Joe Fahnbulleh lived up to that standard, setting a state record of 41.35 seconds, beating the mark of 41.52 set in 2015 by Eagan. The team’s anchor, defending 100 state champion Fahnbulleh, false-started in the finals of the 100-meter dash and was disqualified after he finished first in the preliminaries in 10.61.

In a race before the 4x100 relay, Fahnbulleh and the Hopkins’ 4x200 relay had the fastest time headed into the meet, but the Royals ran more than four seconds slower than their best race of the season and finished fifth.

“I was running angry,” said Fahnbulleh, who has committed to run for Florida in college. “Coming off of that setback made us have a major comeback.” 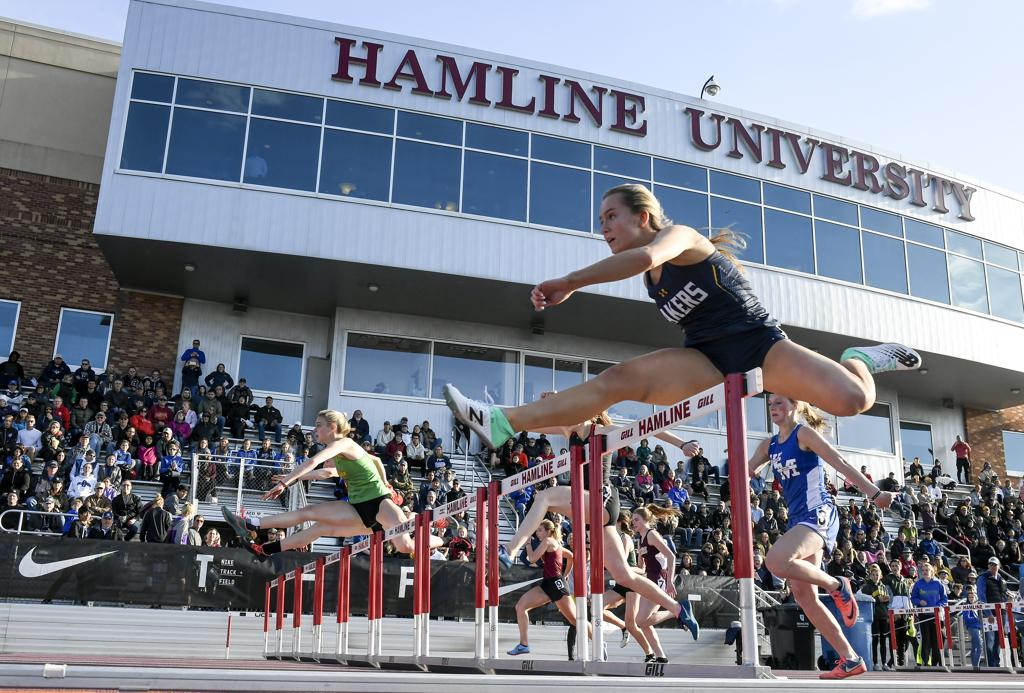 In the girls’ 100, senior MaeLea Harmon from Waterville-Elysian-Morristown won in 12.16.

Harmon has asthma, and she said she feels its effects late in the season.

“It definitely makes it difficult for practices, especially when it gets hot out and limits how far I can run,” Harmon said.

Rosemount senior Max Otterdahl won the shot put and discus. He set meet records in both events with his 61-foot, 4¾-inch distance in the shot put and 181-2 mark in the discus. Both of Otterdahl’s brothers, Payton and Trevor, are on the track and field team at North Dakota State. Payton, the oldest of the three brother, set the NCAA indoor shot put record this year as a senior. Max Otterdahl, who will attend NDSU, too, said breaking his brothers’ high school records has been his goal.

“Whatever Payton and Trevor threw, my freshman, sophomore, junior year, I just beat it,” Otterdahl said, before shattering his personal shot put best by 2 feet. “But the goals I have set for myself this year are not only breaking my brother’s record but the state record, too.”

In the girls’ discus, Roseville’s Michaela Hawkins won the event with a toss of 146-9. Hawkins’ high school added a new wing to the school building in the fall, and got rid of its discus-throwing area. She said she’s been throwing in the turf and driving with her father, Jim, to other rings to practice. Now, she has the top mark in the state, and she threw almost 13 feet longer than the second-place thrower.

“I get about six discus throws a practice,” Hawkins said. “So it’s been a lot of hard work throwing after practice, and I owe that to my dad. … We find open circles anywhere. Sometimes we’re just throwing in the grass, and sometimes we have a tarp in the garage that I just throw into.”

More of the best

Jack Warrick is a University of Minnesota student on assignment for the Star Tribune.