The Royals won the Class 2A team title in the last event. 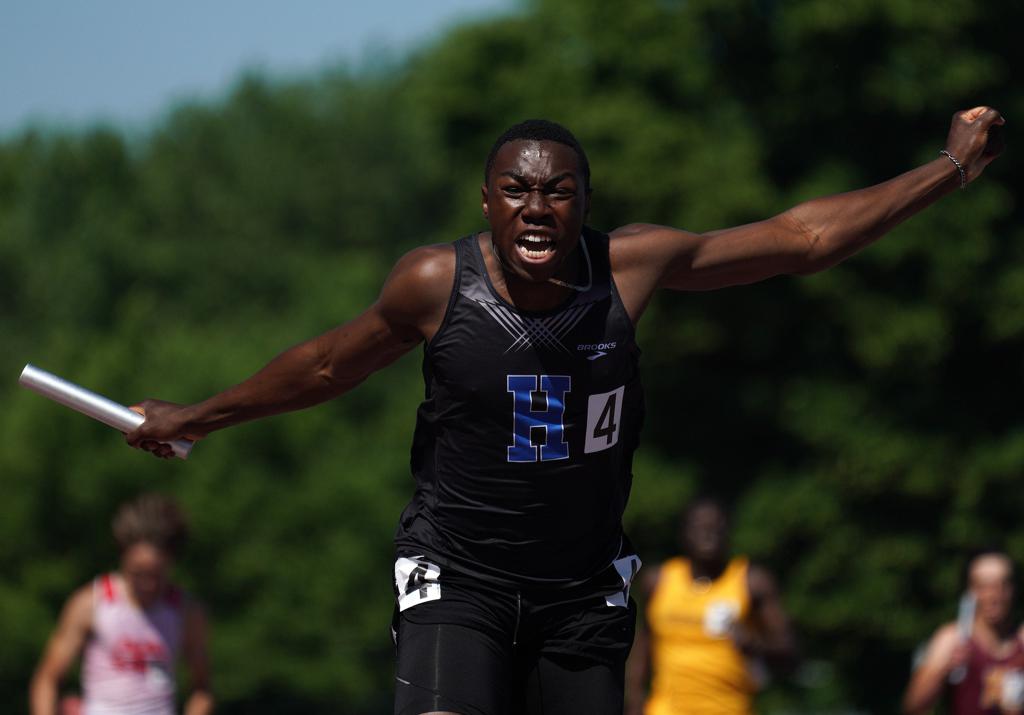 Joe Fahnbulleh of Hopkins ran the last leg of the boys 4 x 200 meter relay to win it for Hopkins [ANTHONY SOUFFLE - anthony.souffle@startribune.com]

Members of the Hopkins boys’ track and field program call each other dogs as a way of recognizing maximum effort.

Senior Wyatt Lubarski longed to run with the big dogs on the 4x200-meter relay after watching it win the Class 2A state track and field title last spring. Tireless offseason work made it happen.

Lubarski, a senior, ran the second leg of the 4x200 in Saturday’s finals at Hamline University. He and Jaylen Champion, Sam Leervig and Joe Fahnbulleh defended the title and lowered their state record time to 1 minute, 25.66 seconds.

“We didn’t just want to win it,” Lubarski said. “We wanted to go out with a bang.”

Lubarski’s big day continued. Hopkins entered the 4x400 relay, the meet’s final event, trailing Rosemount by 10 points in the team standings. Only a victory and the corresponding 12 points would provide the Royals the state title.

“The difference we saw with Wyatt was his confidence,” Hopkins coach Nick Lovas said. “And that comes from the work you put in. You match that ability with confidence and something special can happen.” 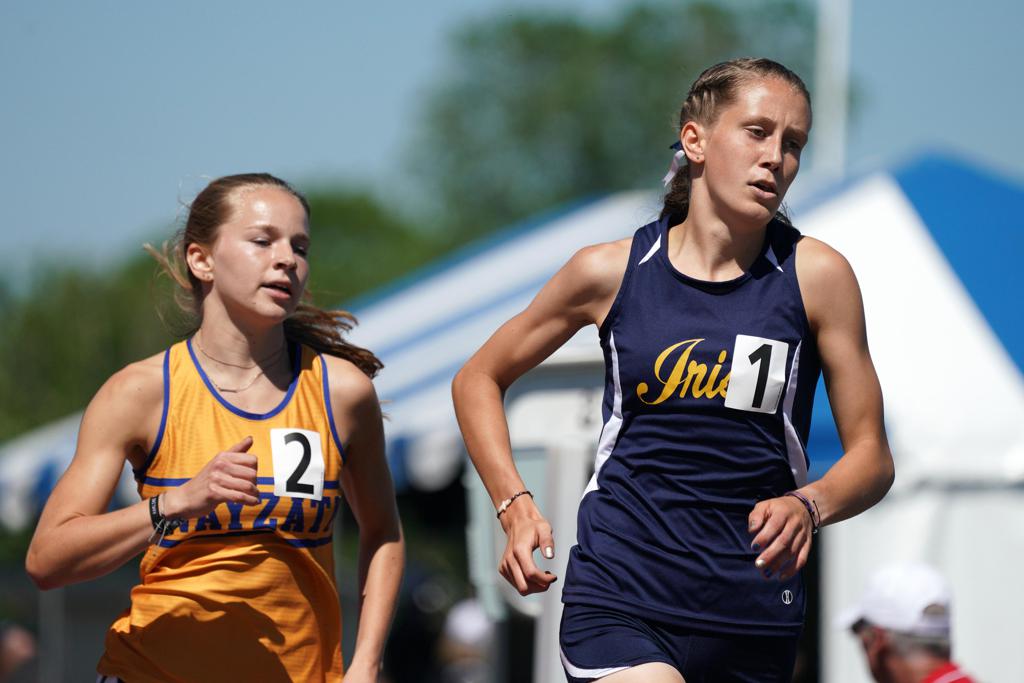 Rosemount’s Lauren Peterson, Friday’s winner of the 3,200, returned Saturday to capture the 1,600 and run the second leg of the first-place 4x400 relay. The senior’s efforts helped the Irish take the team title with 71.75 points, just ahead of Alexandria (70).

“This one means a little more to me because it’s been my goal since freshman year,” Peterson said after the 1,600.

North St. Paul junior Shaliciah Jones mastered the sprint events, defending her 100 title and claiming the 200. And for the third consecutive state meet, Jones ran a leg of the Polars’ first-place 4x100 relay.

Jones said her success “means a lot” because a nagging hamstring injury hijacked the first half of her season.

“I had a lot of doubts,” Jones said. “To be able to bounce back is really exciting.”

Sampson overcame a hamstring injury that limited his time on the track much of the season to repeat as 110 hurdles champ and add the 300 hurdles title.

He worked with a chiropractor and massage therapist and “from the conference meet on it was all the Lord.”

Otterdahl rose to the top of the discus throw leaderboard about 24 hours after he reprised his role from a year ago as the state’s best in shot put.

“He told me, ‘I wish I had two more throws in high school where I could really launch them and have fun,’ ” Otterdahl said. “He put it in perspective, and I went out there calm and collected and it paid off.”

AJ Green, a junior at Eastview, ran his two 800 races with differing mind-sets. Friday’s preliminary race was all about doing just enough to qualify. Come Saturday’s final, Green turned loose the performance that made him a back-to-back champion.

“My coach always tells me to go as slow as possible to win the heat,” Green said.

The approach took some time to master. “It’s definitely tough not to like push in a race,” Green said.

Before the 300 hurdles, Townley told herself, “Now is the time.”

She came back from an injury suffered in soccer, one that required a titanium plate in her foot and six screws to heal.

She will play soccer at Drake University, making Saturday her final chance for a special moment on the track. And she achieved her goal as 300 hurdles champion.

“The 300 was my best chance,” Townley said. “I was digging for first place in this race.”

Fahnbulleh, who defended his 200 title, and Mounds View’s Julia Fixsen, owner of the state pole vault record, received the Mr. and Ms. Track and Field awards presented by the sport’s coaches association.