Jade Rypkena of Nevis won the Class 1A girls' race with a closing kick to win by eight-hundredths of a second. 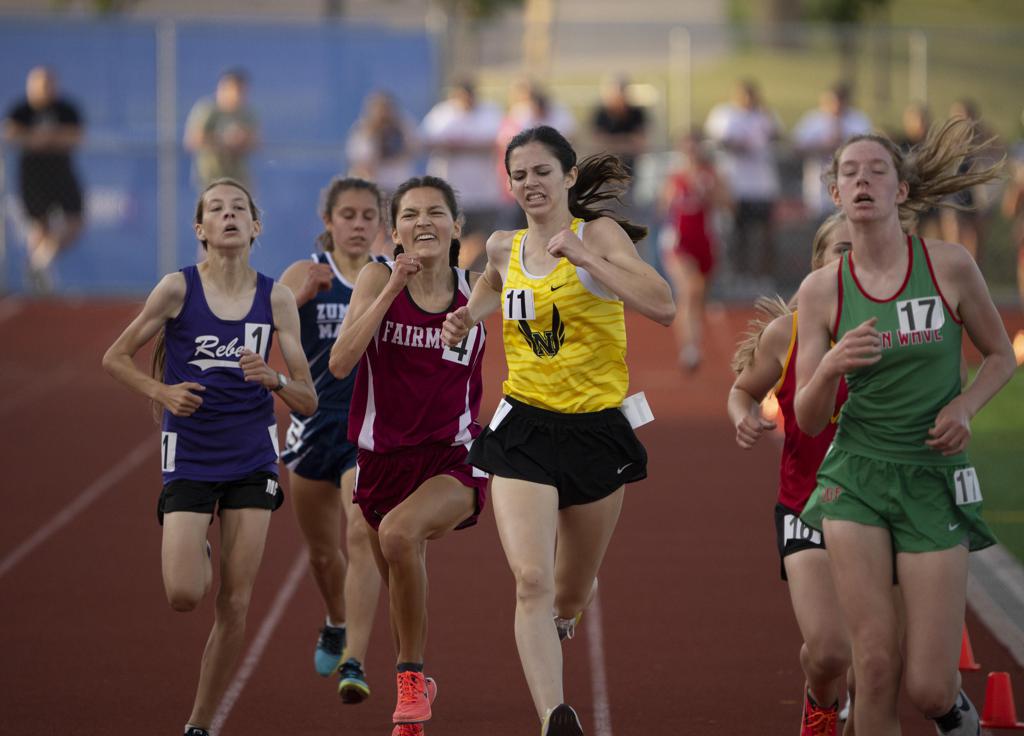 Eight-hundredths of a second separated first and second place in the Class 1A girls’ 3,200-meter race on Thursday night at St. Michael-Albertville High School.

Jade Rypkena of Nevis accelerated in the home stretch, passing the rest of the field to take the state championship and edge out runner-up Laura Thompson of Fairmont.

After coming off the track, Rypkena’s final burst left her needing extra time to recover on the track’s infield.

Nevis assistant coach Tom Stambaugh called out to her, “Worth it?”

Rypkena lifted her head long enough to give two thumbs-up.

“The first mile was really slow,” Rypkena said when she had recovered. “Usually these competitors when we get down to state go out flying. But I knew after the mile I had to step it up.”

The track and field state meet opened with 3,200 races for both classes of boys’ and girls’ runners. Remaining events in Class 1A will be held Friday, with Class 2A competing on Saturday.

In the Class 2A girls’ race, Stillwater senior Analee Weaver won in 10:15.26, a personal record and more than six seconds faster than the second-place time.

Weaver’s grandmother had flown in from Utah for the race and watched Weaver win her last high school 3,200. Last fall she set a state record for girls when she ran the fastest high school 5K race in cross-country.

“They’re my biggest supporters,” Weaver said of her family members. “I couldn’t go anywhere without them. Having them all here just pushes me more.”

In the 1A boys’ race, Emmet Anderson of Staples-Motley briefly gave up the lead he held for most of the race to Greenway’s Geno Uhrbom. But Anderson regained it on the home stretch and finished in 9:17.11. Breck’s Alden Keller took second and Uhrbom finished third.

“I didn’t think I was going to have so many kids so close to me at that kicking point,” Anderson said. “I think that motivated me a little deeper, to know if I lose this it’s not just second place. It’s now third place.

Anderson committed in March to run cross-country for the Gophers this fall.

In the Class 2A boys’ race, Gabe Smit of Prior Lake ran his final lap in just over one minute to set a personal record and win in 9:19.38.