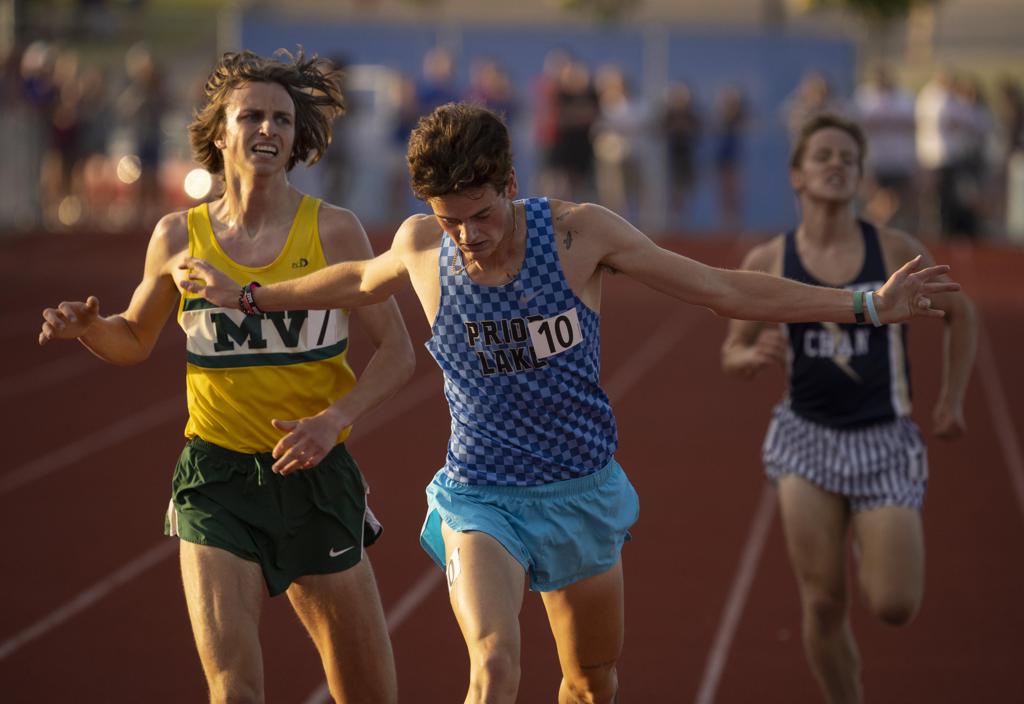 Prior Lake's Gabe Smit, shown winning the 3,200 at the Class 2A state meet, is the Star Tribune Metro Boys' Track Athlete of the Year. Photo: Jeff Wheeler * jeff.wheeler@startribune.com

When Gabe Smit first started running track in seventh grade, he didn’t know what to expect. He was in search of a sport in which he could excel, but also that he would enjoy.

His parents, Tim Smit and Amy Totzke, had been runners at Dakota State University, but they encouraged their son to find his passion on his own. He had played football and basketball before deciding to give track a try.

“I didn’t know what I would be good at or what I would like,” Smit said. “I tried pretty much everything, from the mile down to 110 hurdles. Hurdles were not my thing.”

His “thing” turned out to be distance running. As a Prior Lake senior at the Class 2A track and field state meet at St. Michael-Albertville, he won the 3,200 on Thursday and came back two days later to win the 1,600.

His victory in the 1,600 was among the closest races of the day as he overtook Elliott McArthur of Mounds View in the final lap before McArthur tripped near the finish.

Smit earned a scholarship to run cross-country and track next year at Loyola of Chicago, where he will study biology with the goal of becoming a surgeon.