After escaping a meet-delaying traffic jam, the junior won the 100-, 200- and 400-meter races in the Class 2A track and field state meet. 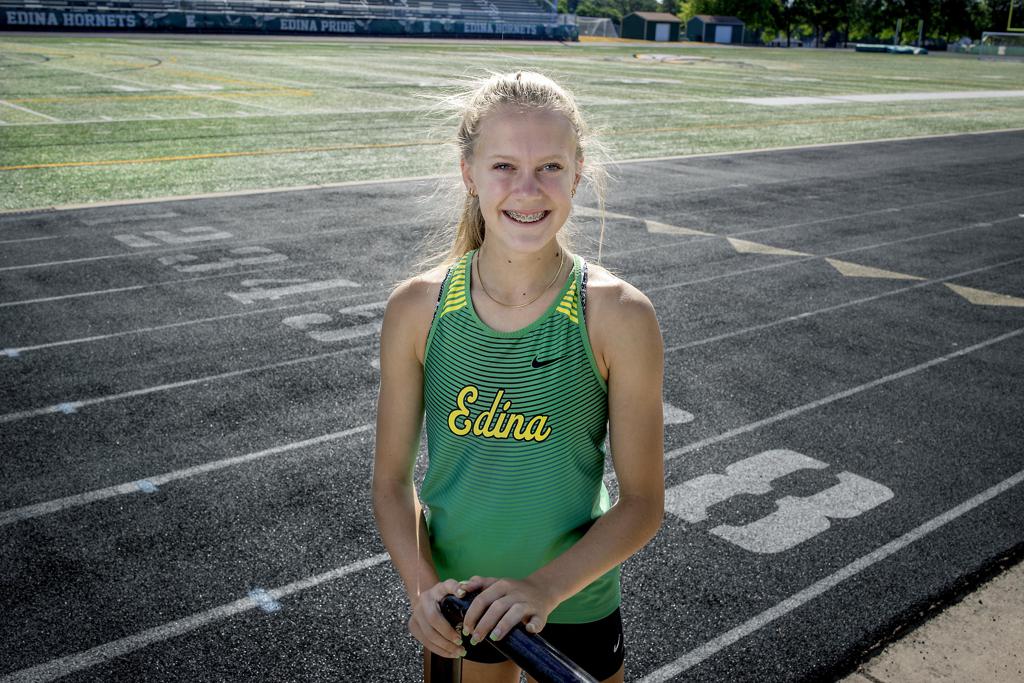 Soccer, not track, is Maddie Dahlien’s main sport. She only joined the track and field team her freshman year at Edina. Her parents suggested it as a way to work different muscle groups and stay in shape in the offseason for soccer.

The pandemic canceled her sophomore season. But as a junior, she finished in first place in those same three events, setting personal records in each race. Her performance earned her the Star Tribune Metro Girls’ Track Athlete of the Year.

Before the meet, however, the fastest high school girl in Minnesota was going nowhere. An accident on Interstate 94 found Dahlien among many athletes stuck in the post-accident traffic.

“I was on the bypass completely stuck,” Dahlien said. “I had to hop the median and get in my mom’s car on the other side of the highway.”

“The first people I looked to after I won was to look at my dad and my mom,” she said. “Those are my biggest supporters.”

Dahlien is committed to play soccer at the University of North Carolina. But before that, she has another soccer season ahead, and a track season as defending state champion.