Wayzata runner Abbey Nechanicky shows with 3,200 victory that she’s all the way back

A stress fracture from cross-country season still limits her training time but didn’t slow her at the Class 3A state meet. 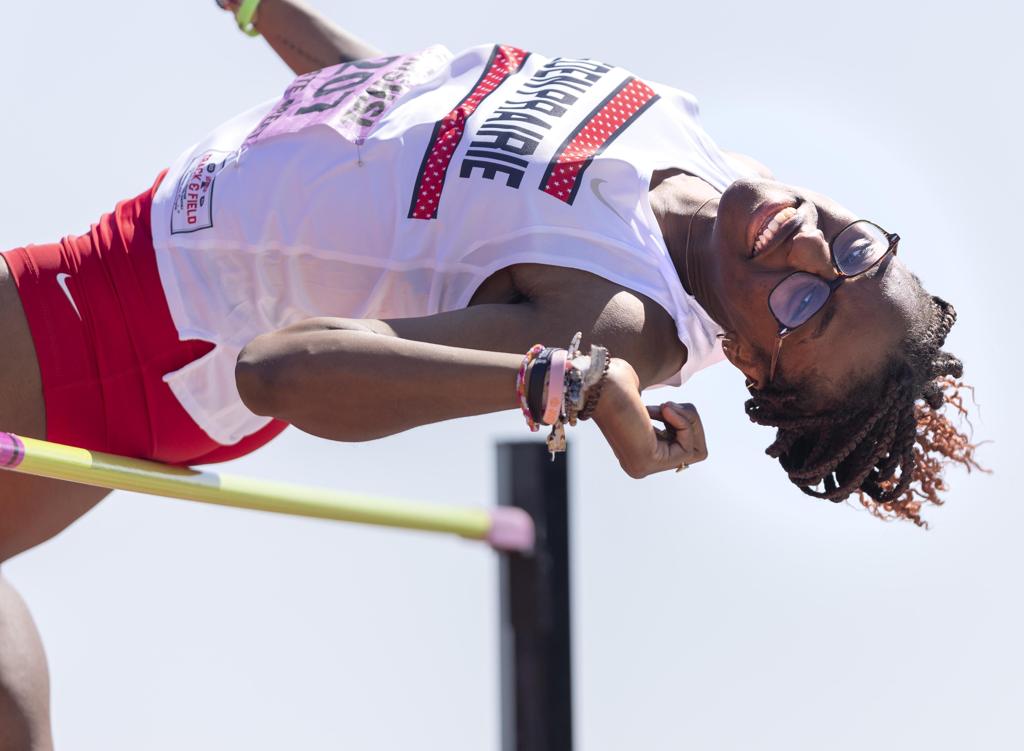 Nia Holloway of Eden Prairie made it a championship day, winning the Class 3A girls' high jump with a leap of 5 feet, 8 inches. (Carlos Gonzalez, Star Tribune)

Nechanicky dominated the Class 3A race. Her winning time of 10 minutes, 9.50 seconds bested the field by 15 seconds. After running the first few laps in the lead pack with Chanhassen’s Isabella Roemer and St. Michael-Albertville’s Alexandra Weimer, Nechanicky pulled away and avoided a battle of finishing kicks.

“I’m more of a runner where the longer I go the better,” she said. “Just pushing, not waiting until the last 100 meters, is my strength.”

High expectations followed Nechanicky into the 2021 cross-country season. Then in the season’s first meet, the St. Olaf High School Showcase, she suffered a sacral stress fracture and didn’t compete again. She didn’t resume training until February.

Wayzata distance running coach Addy Hallen has limited Nechanicky to five workouts per week and in the 30-mile range, low for a runner of her caliber but necessary to avoid further injury. Hallen began addressing Nechanicky as “Coach” as the young runner became an asset whether taking splits or designing workouts.

“My gratitude has grown since the fall,” Nechanicky said. “I think I was taking a lot of things for granted. I just felt grateful being able to tie my shoes today and toe the line.”

Hallen said: “Having it all and then losing it all really caused her to take a step back and realize how much she values being able to run. To see her win was not surprising, but I told her, ‘You have to enjoy it.’”

Gilles overtook Breker down the stretch and won the cross-country state meet in November. Not this time, Breker vowed to himself. A phrase best described as Yogi Berra-esque pushed Breker back into the lead: “It’s not over until it’s done.”

Breker blocked out all other concerns, whether the pain in his left shin where he got spiked on the first lap or the worries about catching Gilles.

“I didn’t want the same thing to happen,” Breker said. “I know I can make my body do almost anything I want it to, if I just really forced myself to believe that I can push through.”

He won in a time of 9:04.81. Minneapolis Southwest sophomore Sam Scott slid into second, and Gilles dropped to third.

After the race, Breker fulfilled a rare autograph request from an Eastview girls’ competitor, then posed for a selfie with his Armstrong friends and teammates. He relayed his race mantra, which one of the Falcons girls called “the quote of the day. I’m putting that on my wall.”

Edina senior Maddie Dahlien, already the state’s fastest female back to defend her 100, 200 and 400 titles, added another blue ribbon to her growing collection.

Dahlien won the Class 3A long jump with a school record mark of 18 feet, 8 1⁄2 inches, a half-inch better than defending event champion Ava Cinnamo from Rosemount.

Not bad for someone who only agreed to try the event 2 1⁄2 weeks ago. When her second leap at the True Team State Meet in May set a school record, Dahlien was hooked.

“And once I set my eye on something,” Dahlien said, “there’s really no going back.”

And track and field isn’t even Dahlien’s first love. She has signed to play soccer at North Carolina. To protect her ankles and ensure maximum results in long jump, Dahlien took a two-week break from the pitch.

Concordia Academy of Roseville senior Shaina Zinter set up a chance at three championship medals by placing first in the preliminary heats of the 100 and 300 hurdles and the 200 dash. She also placed second in the long jump final.