Richlu Tudee, improved and still improving, is the Metro Boys’ Track Athlete of the Year

The Champlin Park junior sprinter won three events at the Class 3A meet and now takes aim at a precious record. 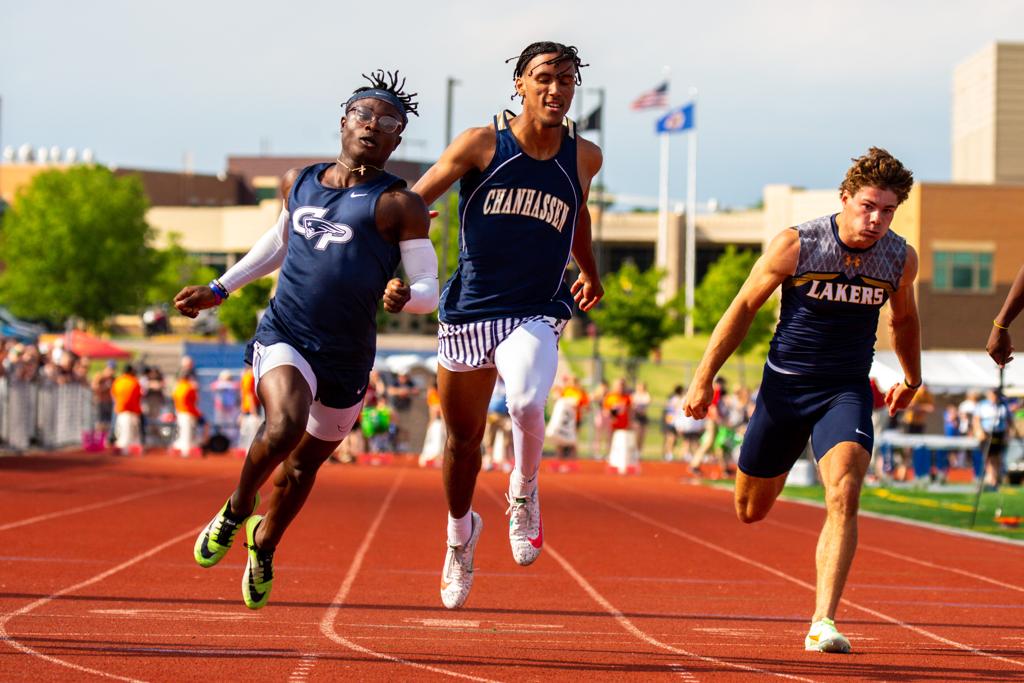 Richlu Tudee, left, shown in a 100-meter dash heat at the Class 3A state meet, is the Star Tribune Metro Boys’ Track Athlete of the Year. (Cheryl A. Myers, SportsEngine)

Sprints coach Zach Dykes believes the second leg, not the anchor, means most to a relay’s success. The second runner receives the baton in the passing zone, then sprints 100 meters, then passes the baton to a teammate sprinting away on the curve.

Tudee anchored the Rebels’ state-winning relay in 2021 but bought into the plan Dykes laid out.

It paid off. The Rebels’ winning time of 41.87 seconds bettered last season’s performance.

“It feels great,” Tudee said afterward. “We worked for this all season long. We knew we could get it.”

Tudee didn’t stop there. The junior sprinter also won the 100 and 200 dashes. He is the Star Tribune Metro Boys’ Track Athlete of the Year.

“He likes to be challenged,” Dykes said. “It makes him race harder.”

Dykes and Tudee talked roughly a year ago about the latter’s goals for his high school career. Tudee said he wanted to become the state’s fastest runner, just like Champlin Park alum Ibrahim Kabia, who held Minnesota’s 100 record from 2003 to 2016.

Tudee prepared his body, gaining 15-20 pounds of muscle. Dykes sharpened Tudee’s competitive instincts, helping him to be ready for each race. The culmination came at the Class 3A state meet, where Tudee won three first-place medals and set two personal bests.

He’s not done. Kabia’s time of 10.45 seconds still ranks as a school record, giving Tudee, whose best is a 10.61, ample motivation for senior year.

“The state meet boosted his confidence,” Dykes said. “He knows he still has another year to reach his goals.”