Andover shot-putter on way to 70 feet? 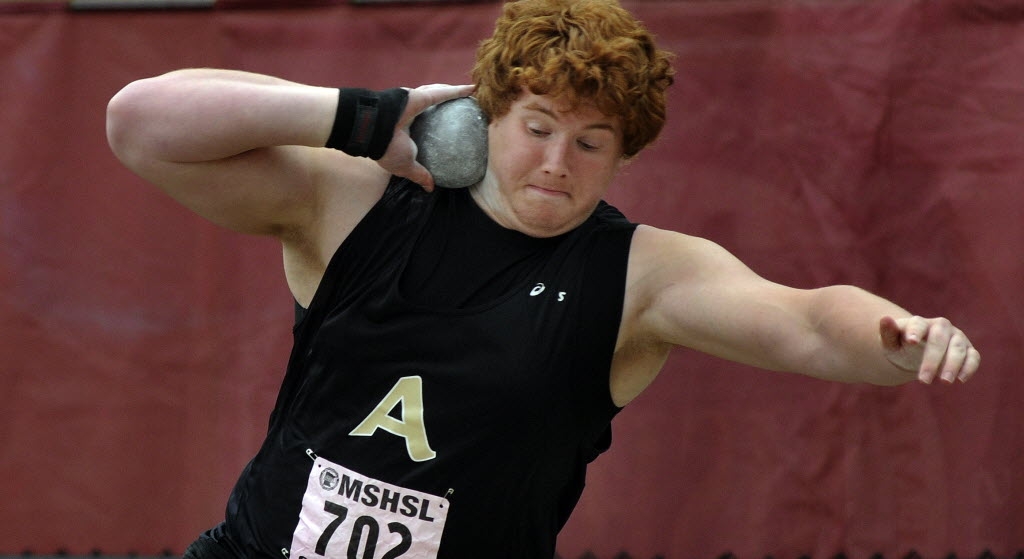 Andover's Tom Anderson won the state meet shot put title in 2011. He recently set a new state record and hopes to break it again and reach 70 feet by the end of this season. Star Tribune file photo by Richard Sennott

With temperatures in the 40s and his body sapped by a recent workout, Andover senior shot put and discus standout Tom Anderson wasn't expecting much at the Pony Relays in Stillwater on April 21.

So what does he do? He sets a state record.

Anderson's shot put of 65 feet, 8 inches topped the old mark of 65-6 set by Mounds View's Nate Englin in 2003 at the same meet. The throw puts Anderson, the defending Class 2A state champion in shot put, among the nation's top five performers this season.

Expectations for success have grown with Anderson, the son of two decorated throwers.

His mother, Lynne, reigned as the American record-holder in the discus from 1977 to '79. She made the 1976 and 1980 U.S. Olympic teams. She has coached more than 20 women to All-America honors in more than 30 years with the Gophers.

Anderson's father, Colin, won a Big Ten shot put title with the Gophers and earned a spot on the 1980 U.S. Olympic team (it boycotted the Moscow Games). Colin competed at the former Golden Valley High School and became the first male in state history to surpass 60 feet in the shot put.

Tom Anderson, who will compete for Arizona State next season, hopes his state-record shot put moves him closer to making some history.

"It's just another stepping stone toward my all-time goal, hitting 70 feet by the end of the year," Anderson said.

Colin Anderson said, "We think we can go quite a bit farther" as his son prepares to peak later this season.

• Maple Grove senior first baseman Roman Collins went 7-for-9 with a double, triple and home run in games last week. He had five RBI, scored three times and stole a base.