An ability to thrive under pressure helped the senior complete one of the greatest distance running seasons in state history. 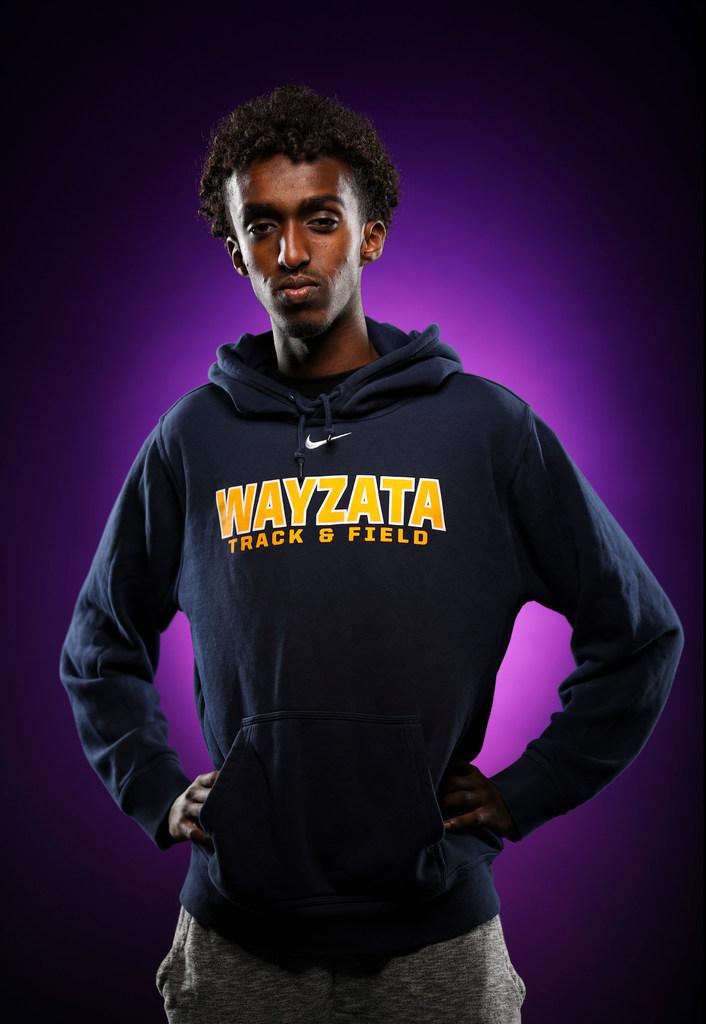 An ability to thrive under pressure helped Wayzata senior Khalid Hussein complete one of the greatest distance running seasons in state history.

In the fall, he led Wayzata’s cross-country state championship defense and became the Trojans’ fourth individual champ in the past seven seasons. When spring finally came, Hussein capped his career with more team and individual honors.

First, he won 1,600-meter race as Wayzata captured the Class 3A True Team state meet in May.

He shined brighter at the Minnesota State High School League Class 2A state meet, winning the 3,200 on June 8 and the 1,600 on the next day to pace the Trojans’ team title.

“It all came together for me and it’s really cool to close out my high school career on a high note,” said Hussein, who committed to the Gophers. “To win all three team championships, that says a lot about our cross-country and track programs and our coaches.”

The one big race Hussein didn’t win fueled his stellar spring finish. He placed second in the 3,200 at the Hamline Elite Meet in April, trailing Edina’s Maxwell Manley.

The duo returned to Hamline University in June and battled throughout both distance races. Hussein won each, with Manley in close pursuit.

“It was really fun because if I’m racing with somebody, I can go much faster,” Hussein said.