Windels swept the 100- and 300-meter hurdles events and anchored the Wildcats’ second-place 4x400 relay at the Class 2A championships. 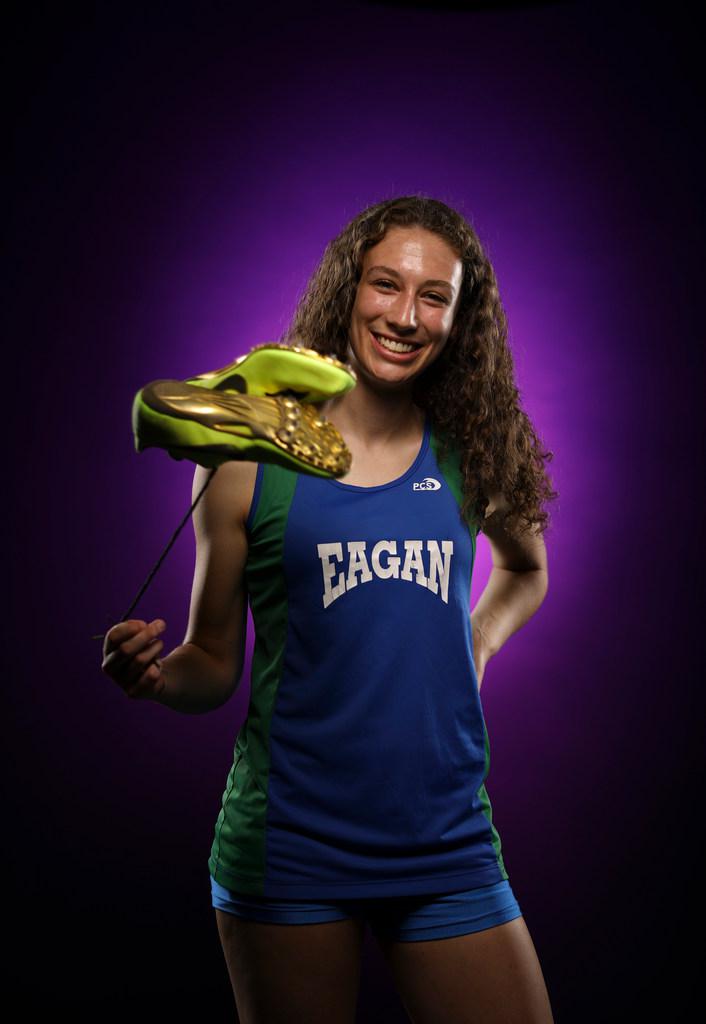 Mounted on a wall in Natalie Windels’ bedroom is a three-pegged, converted coat rack where the Eagan track and field standout hangs medals earned at meets since she was in third grade.

One of the pegs broke loose last summer, succumbing to the weight of Windels’ many successes. Made sturdy by a few nails, the rack was ready for three more medals this spring.

Windels swept the 100- and 300-meter hurdles events and anchored the Wildcats’ second-place 4x400 relay at the Class 2A state championships. No athlete contributed more points to their team’s score.

“I feel honored to have been chosen,” said Windels, a 14-time all-state finisher who committed to the Gophers.

This spring marked Windels’ sixth on the varsity scene, experience that had younger competitors seeking advice.

“I just tell them to relax, because if you get hyped up before a race you lose energy worrying about a hundred things,” she said.

Clarity helped Windels sweep the hurdles titles in personal best times, a great ending for a competitor who fell at state as both a seventh- and eighth-grader.

“I think I’m most proud of coming back from that,” she said.

After the state meet, she and teammates posed for photos in the garden outside the Bush Center, a six-year tradition.

Once home, she hung up three more medals.